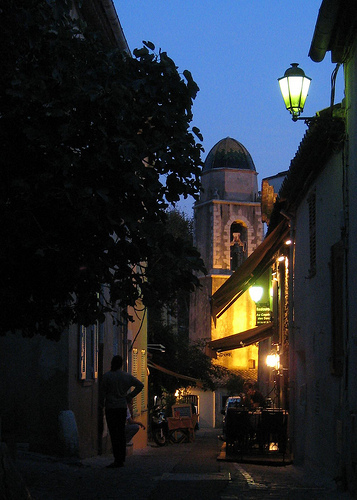 Seasoned travelers with many years visiting Saint-Tropez in the South of France will tell you that the efficacy of celebrity culture as a tangible and characteristic aspect of the region has always been. The cities of Cannes, Monte Carlo, Nice and Saint-Tropez constitute the main celebrity hangouts along the Cote d’Azur’s aquamarine coast.

The coastline of the Southern French Riviera, one can spot numerous celebrities taking in the sun on holiday. With Monte Carlo only minutes away, the world class setting of the Cote d’Azur is unbeatable for mingling with the stars.

If the ‘who’s who’ culture of the South of France commenced with intellectual expiation of Brit, F. Scott Fitzgerald in the 1920s, it reached its zenith with Brigitte Bardot and her primal bikini the 1970s.

Perhaps nowhere is there more vitality in celebrity watching than in the luxurious tiny town of Saint Tropez. Near proximity to Marseille in the Var ofProvence-Alpes-Côte d’Azur southeastern France, the canton of Saint-Tropez is topless French Riviera at its most exquisite.

Those returning each year for an annual visit to Saint-Tropez consecutive to attendance of the prestigious Cannes Film Festival each summer. will find what others have experienced since the Festival’s inception in 1946 – a celebrity showcase. Saint-Tropez the playground of up and coming and avant garde stars. The opportunity to mix with an international array of celebrity credibility has concretized the French Rivera as a must on the list of film events.

In a recent Australian photographic 2011 -2012 exhibit on Saint-Tropez Tourisme sponsored by Air France and Atout France, ‘Star Spotting in Saint-Tropez’, contemporary imagery of the Cote d’Azur in its resplendent sorcery as the premier venue of the best and brightest is a testament of the eternal youth sought in the waters of the French Riviera.

The early work of Daniel Angeli’s celebrity images that started the paparazzi movement in Cannes, continues as a project of capture. Spontaneity of the moment. The whole world is watching. Be part of the few whom frolic amongst them, they say. This is is the premise to all that glitters in film, and all that is deserved for those who are courageous enough to participate.

If you are planning on vacationing with the best known stars on holiday, review of this history of celebrity. Photographic vacations capture the most currant and progressive detail to Saint-Tropez’ culture of bohéme and haute couture. Come to the French Riviera and experience rejuvenation with the stars. 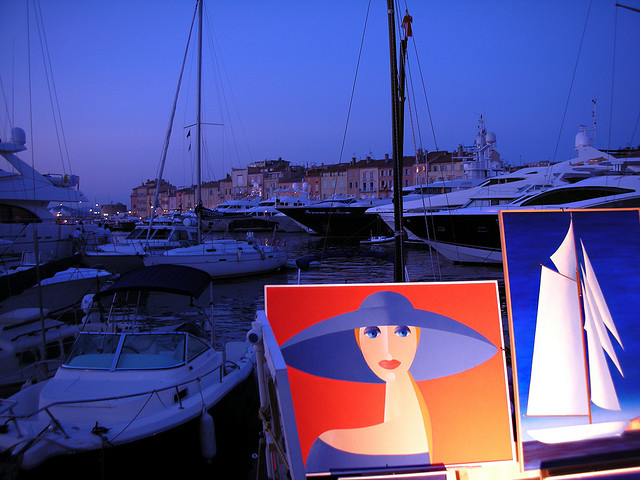 The ultimate playground for the rich and famous?

Famous as playground for the extremely wealthy, the iconic seaside resort is a perfect private hideaway for celebrity guests. While idling through the streets of the Cote d’Azur, the crystal blue waters dance in the sunglight. Walk along the promenades and watch the rich and famous stroll or sunbath on their yachts along the quay. The French Riviera is an idyllic setting where ostentatious wealth is never out of style.

No matter new wave or old guard, year after year, the rich come to play along the Cote d’Azur’s pristine beaches and fashionable night spots. Interested in the likely happenstance that you will disco with the Beckhams, or dine next to Jack Nicolson?

If you are looking for the uncensored and uncut, Tahiti Beach at Saint-Tropez outperforms the rest. A way of life in Southern France, topless or clothing optional sightings of celebrities are possible here. Just follow the paparazzi. Exposé is a short snap shot away. If God Created Woman with Bardot the Cote d’Azur has ever more been paradise to a host of nude celebrities. Slip on your best Manolos and string thong and hit the coast.

Discretionary insights are only available first hand. Enjoy Pastis in a café next to Jerry Hall, or dance the night away in Cannes.

Become your own expert. See celebrity antics up close and personal. Be the star of your own holiday. Bask in the golden rays of superstardom and luxury services. The Southern French Riviera is waiting for you. 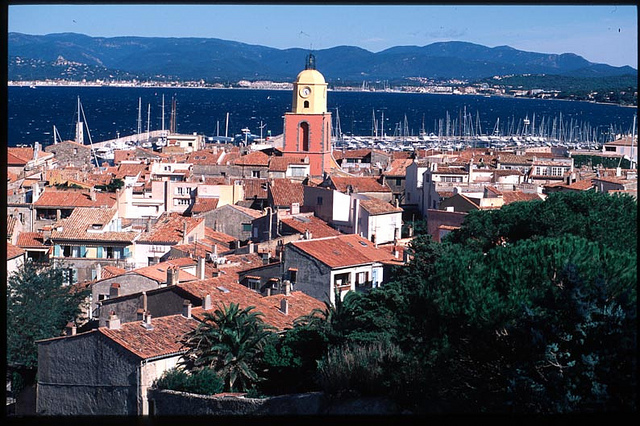 Who have you seen?

Celebrity spotting on your vacation? Who have you seen? Share your experiences with other star watchers. With the advent of the internet, recommendation about who, where and when has become more efficient in the five star resorts of Saint-Tropez and adjacent locales.

Come to the Cote d’Azur. Holiday travelers will be seduced by the timeless glamor and sensual performance of a small region never outdone as a Jetset mecca.

Book your next vacation to Saint-Tropez. Daily flights to Nice offer convenient entry. An abundance of B&B, hotels and holiday apartments and homes are listed to suit your every requirement.

Join the stars on holiday and live the vacation of your dreams.

Dale Rogers enjoys writing articles as part of the team at PrestigeProperty.co.uk, a website that features a range of luxury property throughout Europe, including St Tropez property.

St Tropez at night by fred_v.

St Tropez from above by vinhosdeprovence. 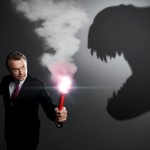 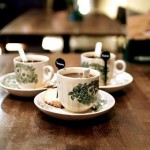